Around Lake Hévíz, there is a nature reserve of around 60 hectares that has been completely renewed, thanks to the “Comprehensive Program for the Protection of Lake Hévíz”. The project, consisting of several phases and elements, with a realization period from January 6th, 2017 to March 31st, 2022, is being carried out with the support of the European Union 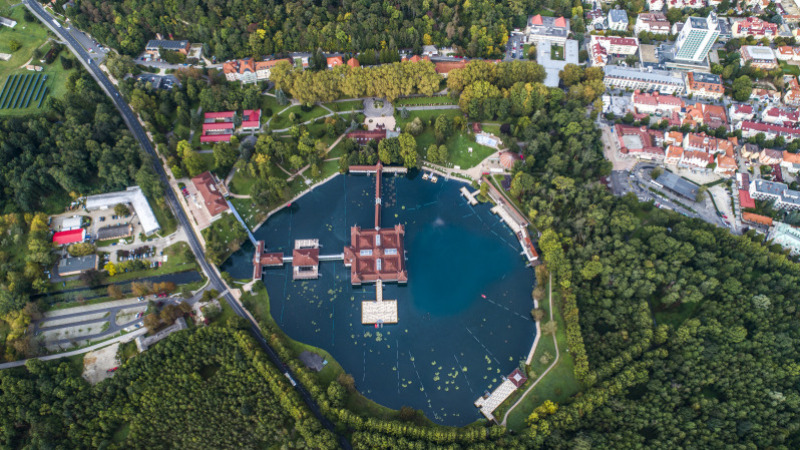 The largest natural and biologically active thermal lake in the world was declared a "Hungarikum" (meaning special things which are unique to Hungary) years ago and was also included in the list of special national values of Hungary. The flora and fauna of Lake Hévíz are unique due to the water temperature, its composition and its special environment. Due to mild water temperature that you can experience all year around, there is a Mediterranean microclimate around Lake Hévíz, which has produced some very rare animal and plant species. These wonders of nature must be consciously and sustainably protected, and it is precisely for this reason that a comprehensive protection project is being implemented, for which 662 million Hungarian Forints are being invested.

THE PARTS OF THE LARGE-SCALE PROJECT

But the work is far from over. Many elements of the project are still in the works, and ideas for further improvements came up that would serve the comfort of guests and residents alike. For example, the design of resting and stretching points next to the running routes, family-friendly natural rest areas, additional planting, but also the creation of a wet biotope is a process that takes several years. In addition, walkers with dogs will not be left without developments in the near future, because development plans have also been drawn up that think about them.

The opening ceremony was followed by a tour of the development area, part of which was the handover of the roofed canopy viewpoint, which is currently in trial operation.